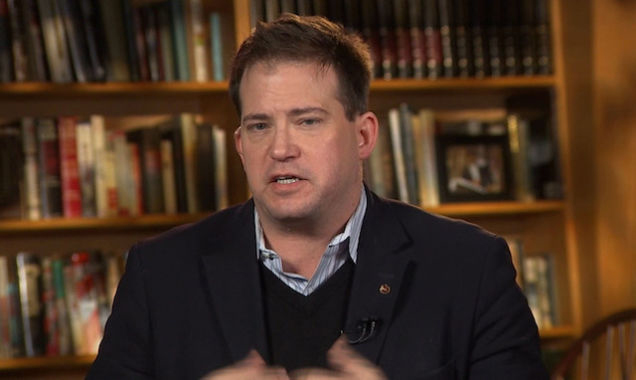 How did you get the idea to write a book about UDBA assassinations?

Back in the 1990s, when I was involved in the hunt for war criminals in Bosnia and elsewhere in the former Yugoslavia, I was intrigued by the fact that many of the most wanted men – Arkan was the only most famous example of this type – had extensive histories with state security, ie UDBA, under Communism, and many had participated in “special actions” against radical émigrés abroad for Tito. As a counterintelligence officer, I was initially puzzled by how so many thugs could be organized crime members, ie Mafiosi, but also be high-ranking collaborators with UDBA. They all had “VIP” – veza i protekcija. I soon learned that this was entirely intentional, and a perverse outgrowth of the decades-long war waged by Tito’s secret police against the “enemy emigration.” One cannot understand much about the former Yugoslavia since 1991 – murders, corruption, mass killings, assassinations – without understanding how UDBA’s secret struggle against terrorism politicized crime, and criminalized politics. We think of events such as the 2003 murder of Zoran Djindjic as “normal,” but when the prime minister is murdered in broad daylight by assassins who are simultaneously state security officials and organized crime bosses, who have murdered people in several countries – this is not normal, this is the legacy of UDBA, what I call “Tito’s Ghost”.

When and how did you for the first time find out about UDBA assassinations, and which case was that?

Like everyone who gets close to UDBA veterans – as President Putin famously said, “There are no former intelligence officers” – I heard the stories, after drinks. Tales of operations against terrorists in Stuttgart or Sydney. Stories about surveillance leading to killings all over the West during the late Cold War. Exciting but very bloody stories, like nothing I had heard before. I didn’t believe it at first, but I was curious, so I started looking into it, part-time, what spies call a “hobby file.” I was astonished to find that much of what the Udbasi said was true. The first case I looked into deeply was the murder of the Croatian dissident Bruno Busic in Paris in October 1978 – a clear-cut UDBA killing. While Busic was very sympathetic to Croatian nationalism, he was no “terrorist” but he was murdered anyway, shot in the head at close range, like most victims of what UDBA called the “black program.” The Busic case also illustrates the double standards in the West regarding UDBA crimes. Only a month before, the Bulgarian dissident Georgi Markov was assassinated by the Bulgarian secret police in London, the famous “umbrella murder,” which caused outrage in the West. That investigation is still open, British police continue to try and make an arrest, 32 years later. But nobody in the West much cared when Busic was brutally assassinated a few weeks later in Paris. The case has been forgotten. Tito was useful to the West, so UDBA crimes were mostly ignored, even when Yugoslav agents killed abroad, frequently. During the Cold War, UDBA assassinated many more people in the West than the Soviet bloc did, but it has received very little attention – then or since.

How much time did you spend on research and collecting material for the book?

I have spent years looking into this matter, but mostly as a “hobby file” – taking notes, talking to people across the region, digging up old newspaper clippings in many languages. It has been a gradual process, getting stories right – and some things will never be fully known, because UDBA was very secretive, and many of those involved have died, often violently. It is hardly a coincidence that many of the UDBA officers and agents most involved in “black actions” are now dead – and they have seldom died in bed.

Did you have access to American secret service (CIA, of FBI or others) archive concerning UDBA activities, and did you maybe have access to such archive in other countries?

I have seen some U.S. secret files on these cases during my time with American intelligence. However, those have not been used in the writing of my book, as they are off-limits to researchers. It is important to get the story right, to cut through myths, to be fully accurate, and if a fact cannot be checked, I won’t use it. I am confident that, years from now, when U.S. intelligence files about UDBA are released, they will tell an interesting story that will reinforce my book. Most UDBA files relating to the “special program” were destroyed in the early 1990s when Yugoslavia fell apart. However, some files have come to light in Belgrade, Sarajevo, and Zagreb and have appeared, and I have used them. In many cases, UDBA was careful to write not much down in the first place, which was good for spies but bad for historians!

During your research did you find any common characteristic in UDBA assassinations?

Most UDBA assassinations abroad followed a standard model. Yugoslav agents planted disinformation in émigré circles in the West, to create confusion and in-fighting inside groups. Assassins would conduct surveillance, then kill the target, usually with gunshots at close range. UDBA killings were often very brutal, more brutal than needed to kill. In some cases, victims were killed with knives and stabbed dozens of times. In all cases, UDBA tried to portray killings as the “result of squabbles among émigrés” – a story which Western police and intelligence agencies, which seldom understood Yugoslav émigrés well, often accepted at face value.

How many assassinations do you describe in your book, and do you maybe know how many persons UDBA kill abroad overall?

It is difficult to say with absolute certainty, but between the mid-1960s and 1990, UDBA attempted over a hundred assassinations or abductions in the West – heavily West Germany, but all over Western and Central Europe, plus Britain, the USA, Canada, Australia, even South Africa. Wherever there were Yugoslav émigrés, UDBA followed. Over 60 Croats were murdered by UDBA abroad, as well as some Serbs and Albanians – certainly at least 80 confirmed UDBA killings during the late Cold War, all in Western countries friendly to Yugoslavia. There were nearly a dozen murders in the USA alone.

Do you know who was responsible in UDBA for abroad operations and most of the assassinations?

In some cases, we can say with a high degree of certainty exactly who approved assassinations and conducted them, because survivors have talked since 1991. In a few cases, paperwork survives. The general pattern is clear. The political leadership, usually at republican level, would request a “special action” against a troublesome émigré – some real terrorists, others not – and the republican UDBA would do the killing, sometimes with help from the Federal UDBA in Belgrade. In other words, most killings of Croats abroad were performed by the Croatian UDBA. In most cases, the actual assassination was performed by an agent with mafia connections, not someone easily tied to the Yugoslav government. In the few cases where assassins were caught by Western police, it was nearly impossible to show their links to UDBA, due to this solid tradecraft.

What was, for you, most spectacular case of UDBA assassinations, and why?

There were many cases which were indeed spectacular – the murder of Busic in 1978 was unusually brazen, as was the murder of the Croatian émigré Stjepan Djurekovic in West Germany in 1983, a really bloody and brutal affair. Perhaps UDBA’s most impressive operation was the assassination of the notorious Ustasa Vjekoslav “Maks” Luburic (the commander of Jasenovac during World War II) in Spain in 1969, by Ilija Stanic, who lives in Bosnia today. UDBA patiently infiltrated Stanic into Luburic’s inner circle of Ustasa émigrés, and then killed “Maks” savagely. The most troubling cases, for me, are those where innocent people were murdered by UDBA. In 1972, Tito’s assassins caught up with Stjepan Sevo, a member of the Croatian Revolutionary Brotherhood (HRB) in Italy. Sevo was a terrorist, but the assassin gunned down not just Sevo but his entirely innocent wife and his nine-year-old step-daughter, Tatjana. Five years later, in Chicago, an UDBA assassin brutally stabbed to death Dragisa Kasikovic, an extremist Serb émigré, but in the process also murdered his girlfriend’s nine year old daughter, Ivanka Milosevic. I have never heard of any other intelligence service doing such a thing intentionally.

How will you shortly describe UDBA organization after your research?

After the fall of Yugoslavia, UDBA disappeared, yet it didn’t. No ex-Yugoslav republic has really come to terms with UDBA crimes at home and abroad, and none of their secret services was cleansed of UDBA operatives with blood on their hands. To cite just one example, witness the indictment of Josip Perkovic by German authorities in 2005 for his role in the 1983 Djurekovic murder – but Perkovic was Tudjman’s right-hand-man on security matters in the early 1990s, and his son Sasa has been a senior advisor to President Mesic! Across ex-Yugoslavia, Udbasi simply became servants of new states and regimes, without many questions being asked. It is clearly in no one’s interest that UDBA crimes be really investigated and solved. For years Croatian authorities half-heartedly tried to prosecute Vinko Sindicic, the most prolific UDBA assassin, probably responsible for more than a dozen murders in the West (he was convicted by British authorities for the 1988 attempted murder of Croatian émigré Nikola Stedul in Scotland, and served a decade in prison), and got nowhere, and Sindicic lives openly in Croatia today. In Serbia, the situation is even worse, and the UDBA infrastructure, the vital nexus of spies and criminals and dirty money, has been only partially dismantled. Milosevic was happy to use it for his own purposes, and few people in Serbia seem to want to know the truth about UDBA crimes.

In comparison with secret service like CIA, or Mossad etc., do you think that UDBA was professional, successful and dangerous organization?

In pure espionage terms, UDBA was an outstanding service. It thoroughly defeated the terrorist groups fighting globally to destroy Tito’s Yugoslavia – and we must not forget that despite the fact that UDBA declared all its opponents to be “terrorists” and “war criminals” there really were such groups, and they were real and violent – and did so magnificently. The defeat of the enemy was total, and UDBA successfully cloaked its violent acts in secrecy. The USA has much to learn operationally from UDBA tactics and techniques against terrorism: no service has ever done it better. But the price paid by the peoples of former Yugoslavia for UDBA’s success against terrorism has been enormous. We have UDBA and its methods to thank for the criminalization of politics and police that is endemic across the region, and we have Tito and his spies to thank for creating the likes of Arkan and countless other mass murderers who got their start in UDBA’s “special program.” For anyone who wants to really defeat terrorism, UDBA has shown how – but be careful what you wish for!

Dr. John R. Schindler is Professor of National Security Affairs at the U.S. Naval War College in Newport, Rhode Island. Previously he served for nearly a decade with the super-secret U.S. National Security Agency as an expert in counterintelligence and counterterrorism. He is the author of several books on international security, espionage and terrorism.